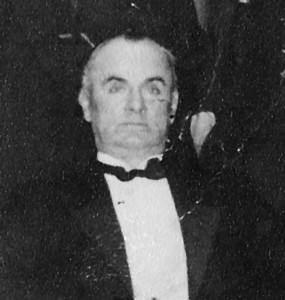 Clog dancer and teacher from Stanley, Co Durham.  Claimed as a pupil by Jimmy Ellwood although this seems unlikely.

Competed in the Northumberland and Durham Championships held in Gateshead in 1908, being placed 8th.

He taught in the back kitchen of his house in Stanley charging (in about 1930)  a shilling for up to two hours.

He helped organise and also judged the Northumberland and Durham Championship competition at Stanley in 1935, also judging at Durham in 1936.  He organised and judged at a competition in Stanley during WW2 in which Ivy Sands competed.  She told the IRT on 18/10/1980 that he gave three of his own trophies as prizes at this event.