As a companion to the book “One With the Music: Cape Breton Step Dancing Tradition and Transmission” by Mats Melin (Nimbus Publishing, Canada, Sydney, Canada, October 2015) these notation examples help illustrate the diversity of the movement vocabulary in Cape Breton step dancing.

Download the notation as a pdf of Harvey Beaton step dancing at Broad Cove Scottish Concert in July 2007 with Andrea Beaton on fiddle and Robert Fraser on piano. A film clip of the dance sequence can be found on vimeo.

Mary Janet MacDonald step dancing at the Chestico Days Concert in Port Hood in 1986. The clip is on vimeo. 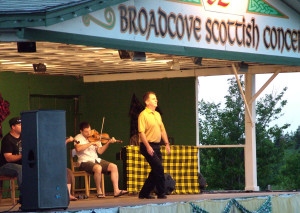