Simon Harmer has been teaching and performing a range of step dance styles for over 30 years. He learnt English clog steps from Graham Cole at Cecil Sharp House in the late 1970s and continued to develop a repertoire learnt from different teachers and performers. Alex Boydell’s more improvisational approach really resonated with him and Simon spent time with Alex collecting his steps and step motifs which they have subsequently taught together. He also took lessons with Alex Woodcock.

In the late 1980s Simon began dancing Appalachian clogging and performed and taught with Chequered Flag from1990 until recently. Visits to Canada extended the repertoire to steps from Quebec, Ontario and particularly from Cape Breton Island.

More recently Simon has been enjoying dancing southern English steps. Through membership of the Instep Research Team, he and Jo Harmer were asked to interview Valerie Shipley, a step dancer from a Romany background in the Brighton area. Through Val they were introduced to Janet Keet-Black and a wonderful pub session she organises, led by Will Duke, in which great step dance tunes from the repertoire of Scan Tester and others are played for step dancing. Simon and Jo’s energy is now focussed on revitalising the informal social stepping that was once extant in Sussex and Hampshire. They believe that music should be the inspiration for, rather than the accompaniment to step dancing! They now run a Hampshire pub stepping session and are developing historically informed social dances using local Hampshire sources in association with the band Jigfoot.  (http://www.jigfoot.com/)

Simon has been researching into the life of Alice Gillington who collected dances, tunes and songs from the New Forest and southern Hampshire Gypsies in the early years of the 20thCentury. From this has come a performance piece ‘The Hither Side of the Hedge.’ He has also been researching a stoker, Edward McKenzie,  who went to the Antarctic with Scott in 1910 and is captured dancing on the deck of the Terra Nova by Herbert Ponting in his iconic film ‘The Great White Silence.’ This research has been developed into another performance piece ‘In Step With McKenzie.’ Simon has consequently developed an interest in the type of dance sailors would have performed on ship.

Realising that step dance was the street dance of the early 20thCentury Simon has developed an interest in Street and Hip-Hop Dance. He is a trustee of the Funk Format Trust (http://www.funkformat.com/funkformat_trust/) in Portsmouth that provides dance lessons for disadvantaged young people. 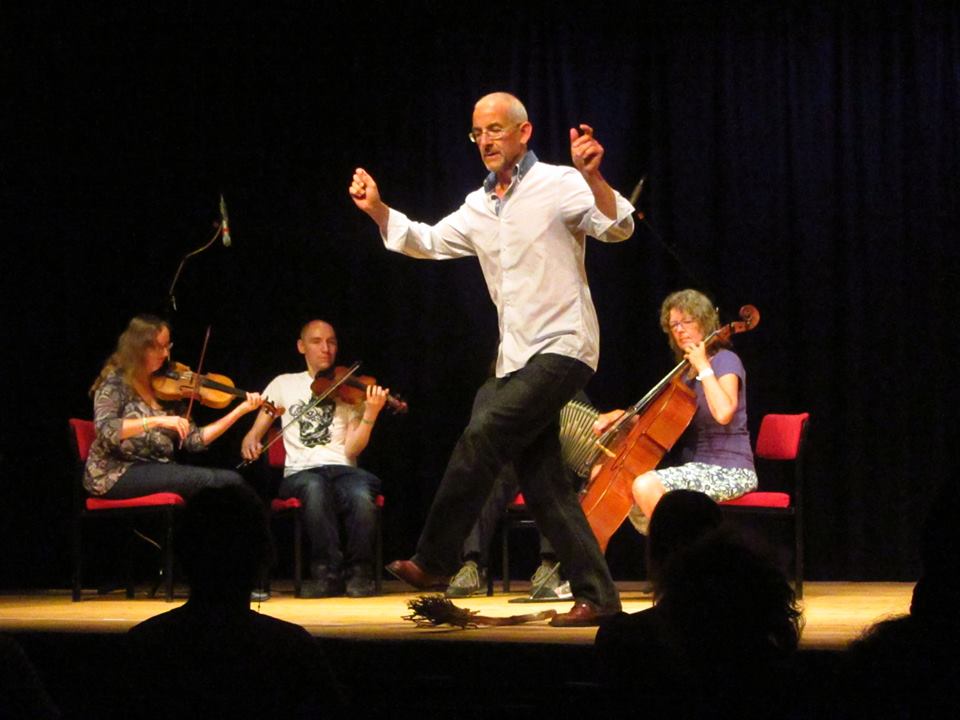