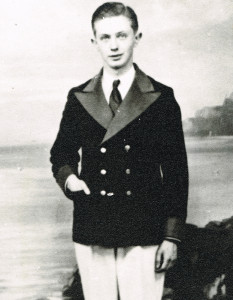 When he was 17 he entered the Northumberland and Durham Championship competition at Stanley in 1935.  He was placed 2nd.   A handwritten record of his performance is available here. He entered no further competitions although he did subsequently have some lessons from George Mackintosh. He also performed with a local entertainment company run by a Mr Dodd, whose troupe appeared on the Links Bandstand in the summer of 1935.

Interviewed by the IRT on 19/2/1981.  Also provided an MSS list of pupils and notes on dancers, both in Jimmy Ellwood’s handwriting and his 1935 performance record. Further information from the Seaside Chronicle for ?/7/1935.