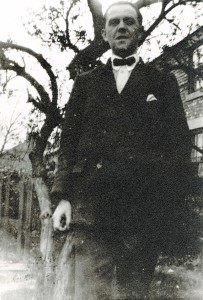 Clog dancer and teacher from Barrington, Northumberland.  Brother of Norman Hunter and pupil of Dickie Farrell.

He charged 1/- a lesson (now 5p) in the 1920s. Taught a Single Hornpipe, Double Hornpipe and competition steps all in hornpipe or schottische rhythm.  Also a Sailor’s Hornpipe in clogs.  Possibly made up material in addition to steps he had learned from Dickie Farrell.  He apparently also danced on a pedestal.